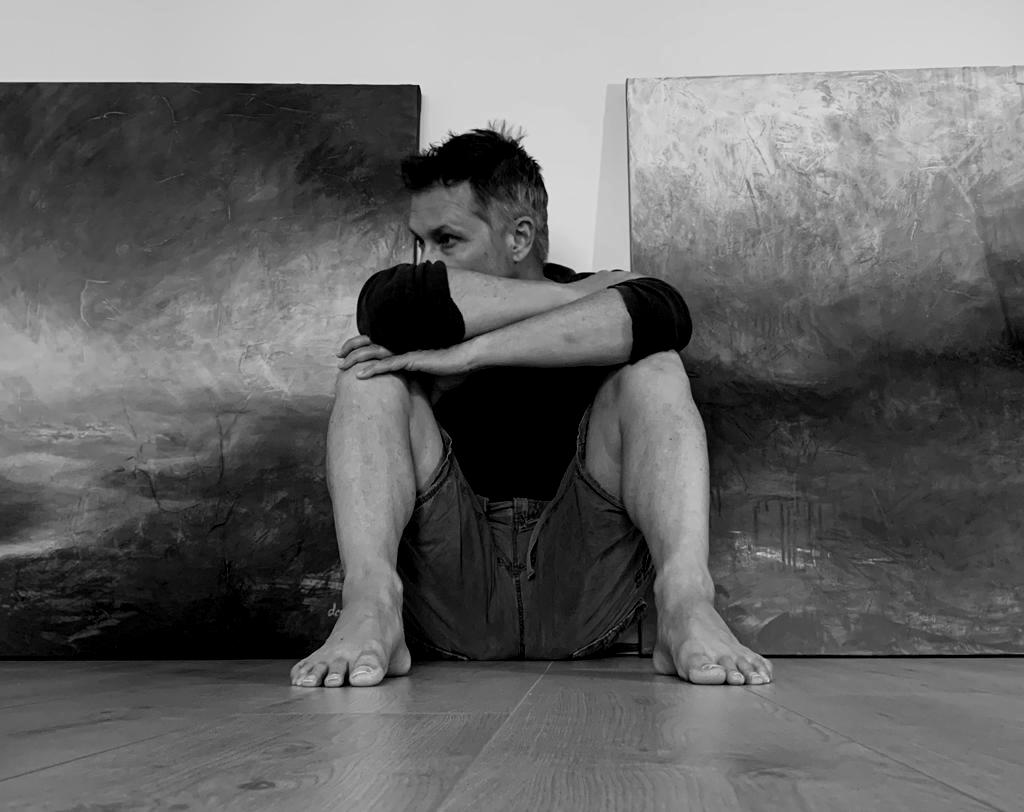 Donovan Stanford is a mixed media, visual artist living in the United Kingdom. Having grown up on the rugged beaches of South Africa, his large scale paintings on canvas almost always echo these environments.

Working predominantly on stretched canvas, his work involves pouring, scraping, dripping, wiping and spraying mediums onto the surface. He started drawing like that when he was old enough to play with colours, and hasn’t stopped doing it since. He believes the materials have a life of their own, and that he is purely there to facilitate the process of merging them together. Huge skies, arid vistas, windswept, hard, west coast seascape terrain are all characteristics which ultimately convey an emotive, sensory experience to his paintings.

“I have always been drawn to painting the individual elements instead: those inherent, fundamental qualities that make up the whole: the sound of the wind, the bubbles left on the surface after a wave rolls through, the spray off the back. I would much rather you heard the scene than anything else.”

After completing a National Diploma in Fine Art, he went on to open his own retail gallery and studio space. His work grew very quickly in popularity in a very short space of time and soon was hung in hundreds of intimate spaces. He has, to date, completed over a thousand large scale commissioned canvasses for an extensive list of interior designers and own personal clients, both locally and abroad. His work is found in residential homes and corporate projects in America, the United Kingdom, Africa and Australia.

He lives with his wife and daughters in Poole, Dorset, where his studio is based.